Do you want to get rid of cellulite and stretch marks?

Well, you are in the right place! Today, I’m going to share an oil recipe for cellulite with only two ingredients! Let’s find out more, shall we?

Cellulite is the deposition of fat and water between the skin and the bottom layer. This creates reduced elastic connective tissue and has the characteristic form of “orange peel” on the skin.

It is caused by poor local blood flow, which results fat cells in that area not being well fed. Thus, the body, instead of rebuilding and burning fat, sends it to the fat cells that have the most need to be fed.

Also, cellulite is associated with the accumulation of toxins in the body.

Of course, working out and eating healthy can help you avoid cellulite in first place, but considering that the factors of having it can vary, using the cinnamon oil can definately help you reduce cellulite a lot. Remember that consistency is key if you want to see your desired results!

Cinnamon Oil comes from the cinnamon bark of Cinnamomum zeylanicum, the well-known Ceylan Cinnamon. It is an oil with antibacterial and antiseptic properties. Cinnamon contains Vitamins A and K, whilst the property that improves local blood circulation makes it useful for smoothing wrinkles, treating cellulite and strengthening hair. One of the very interesting properties of cinnamon oil is the opinion that it helps to close open pores.

Olive oil is rich in vitamin E which enhances collagen production. Collagen is responsible for maintaining skin elasticity. It reduces the appearance of stretch marks whilst it relieves, revitalises, moisturises and keeps the skin smooth. Finally, it makes it easy to remove impurities and toxins from the surface of the skin, thereby helping to reduce cellulite.

Below, you can find the video I filmed when I made the oil by myself.

If you need more instructions, then continue reading.

1) Fill the jar with the cinnamon sticks.
2) Add any of the oils you prefer until filling the jar and leave it in the sunlight for 3 weeks. During this time, cinnamon will release its beneficial ingredients which will be mixed with the oil.

*For its use, you do not have to remove the cinnamon sticks from the oil. Leaving the sticks inside, the cinnamon oil for cellulite is becoming more powerful! Although, you might want to use a different bottle, like I did! Do what works best for you.

How to use it

First, scrub the desired areas for a few minutes with an exfoliating body puff in order to get rid of the dead cells and the toxins that are on the surface whilst you’re having a shower/bath. After your bath, apply a quantity of cellulite cinnamon oil in troubled areas. As you apply it, massage with strong circular movements for 10 minutes until you see a slight blush of the area. This means that the blood is starting to flow properly and the oil is starting to do its job! 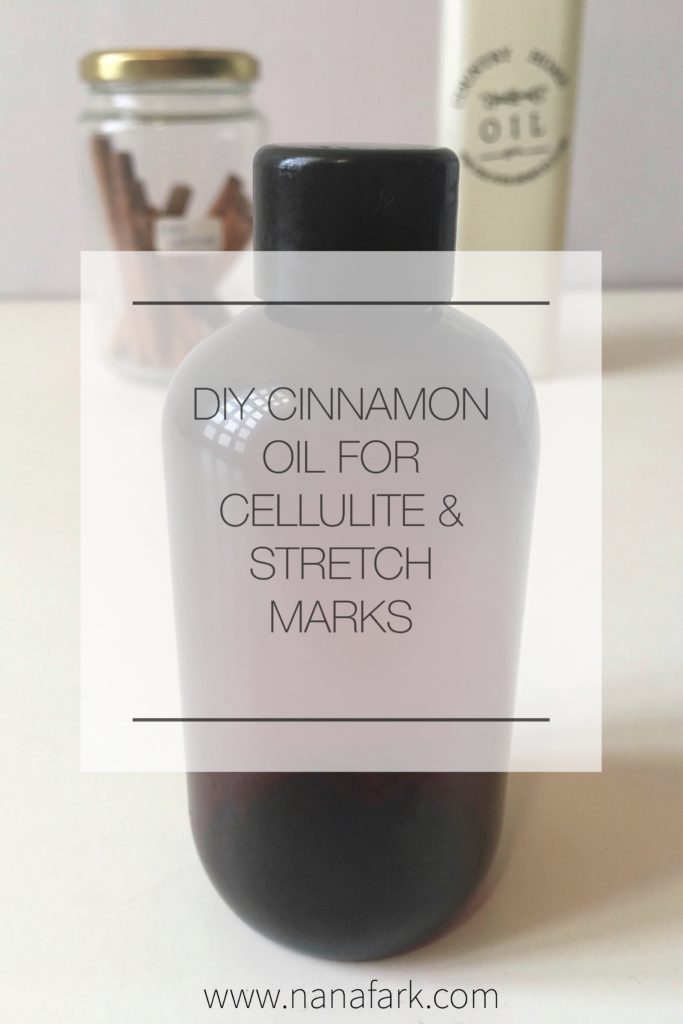 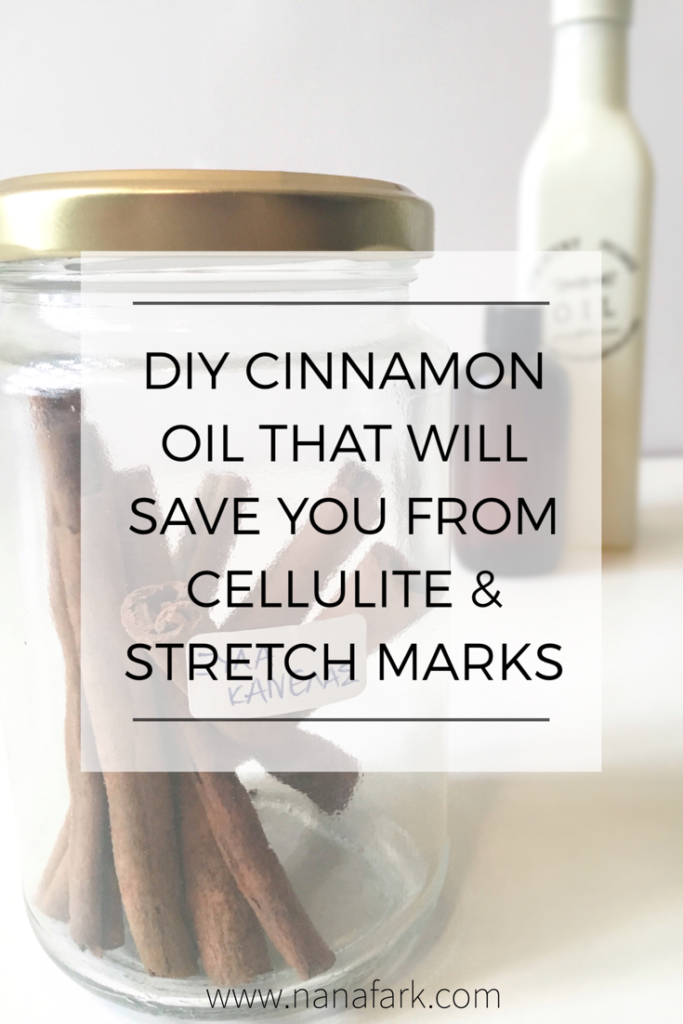 I hope you found this helpful! Try it for a while and let me know if you see any difference on your skin. Also, don’t forget to share your DIY Cinnamon oils with me, using the hashtag #nanafark on Instagram, Facebook and Twitter! 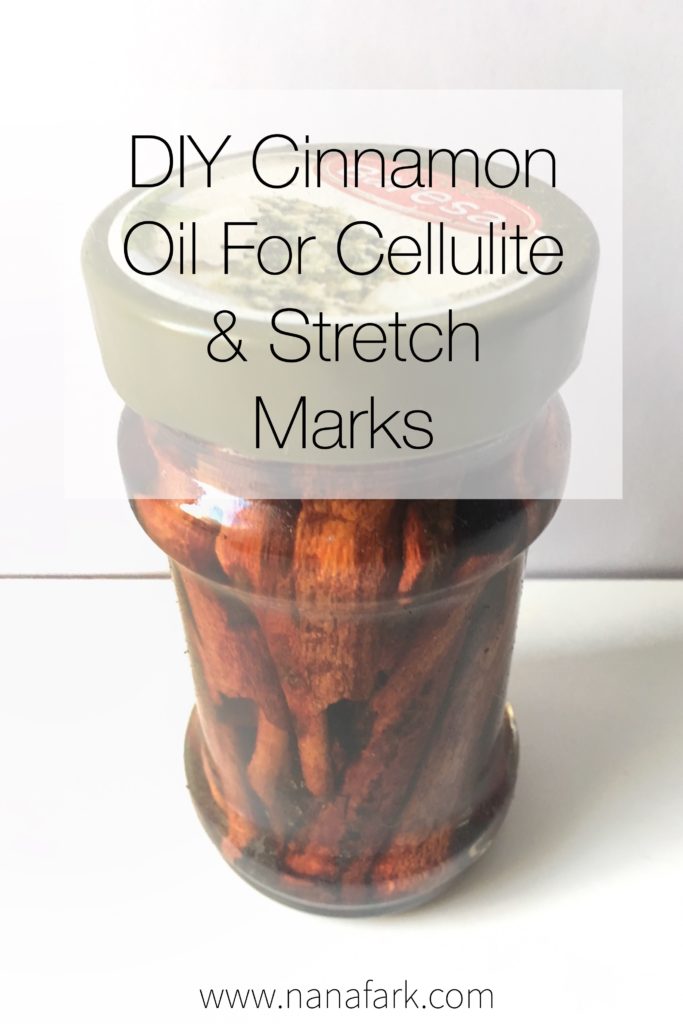 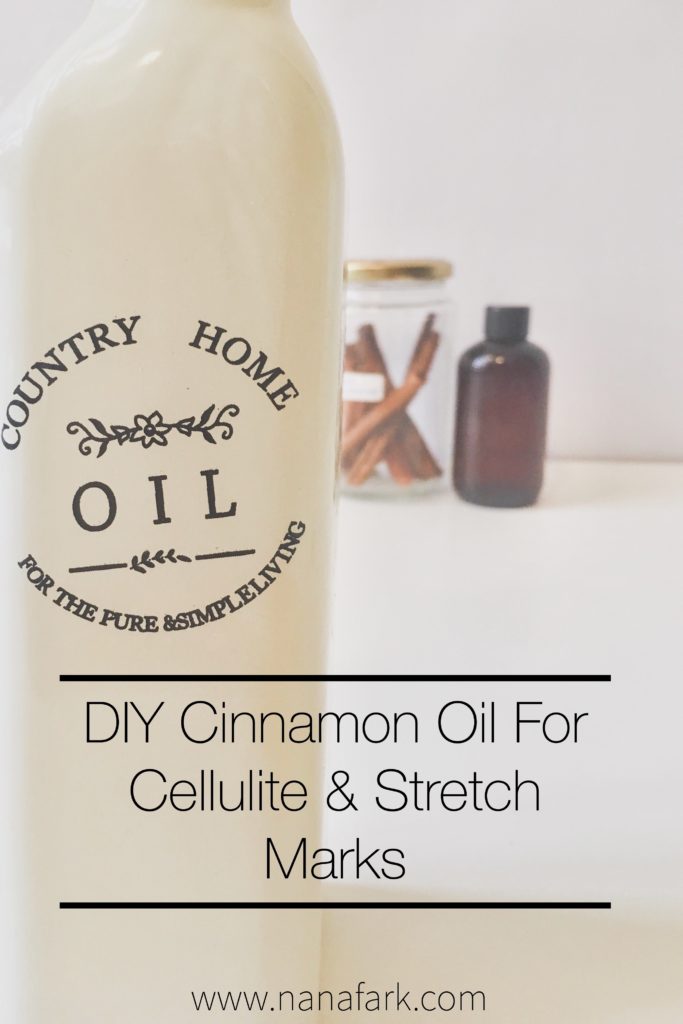 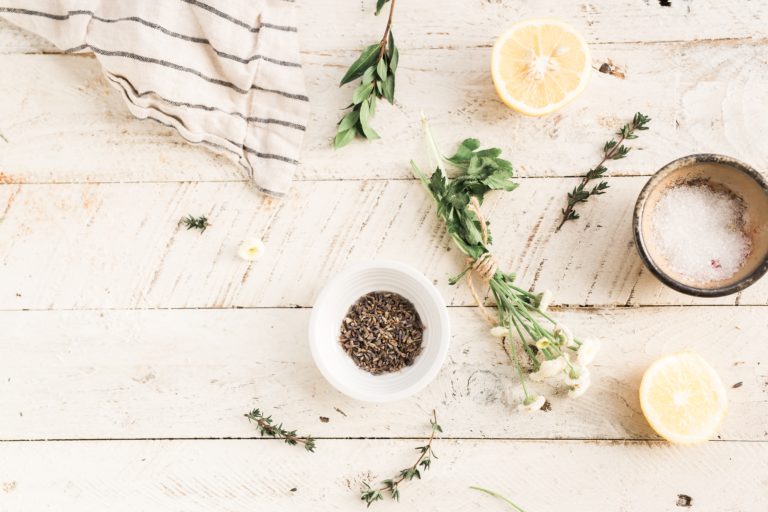 Would you like to learn how to take care of yourself?